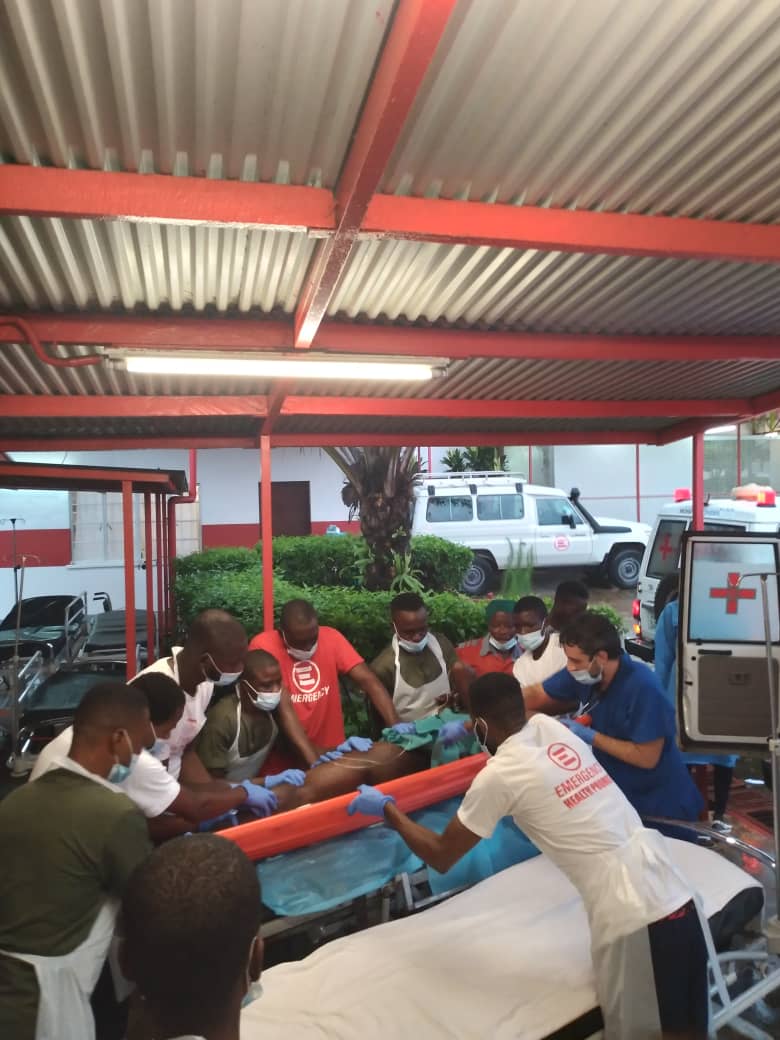 The wave of protests that began against the cost-of-living, economic crisis, and the inability to strike is generating violent clashes throughout Sierra Leone.

Since yesterday, our Goderich Surgical Centre has received 14 injured people – 2 of whom later died due to their injuries having received several gunshot wounds. 3 of the patients we have received were minors.

An EMERGENCY vehicle, with a driver and a doctor on board, was also caught up in the violence. After surrounding the vehicle, the crowd hit the doctor with a stick and stabbed the driver in the arm. The car was then set on fire, but fortunately neither of our colleagues was seriously injured.

“We are working to treat patients, expand the number of beds and stock up on food and water to cope with this crisis. Nobody expected such a rapid and violent escalation of the clashes,” says Samuele, our Medical Coordinator. “Some Sierra Leonean colleagues spent the night in our hospital. We continue to work, as we have done in Sierra Leone since 2001, and meanwhile we will constantly monitor the evolving security situation.”

“I Chose to Join EMERGENCY for Constant, Daily Training”
“My work is valuable. You have to be in love with it and be patient and careful. When you love what you do, everything is possible.”
“The Lye Programme Saved My Life”
For a full year after her accident, Aisha had to be fed by her mother from a bottle.
Sierra Leone: Alie, two-years-old, has already fallen victim to lye.
Alie’s family did not know what to do about his accident. To ease his pain, they gave him palm oil to drink.
Recent Posts
Archives
Over 12 million patients treated since 1994. None of it possible without your support.
Donate
31 West 34th Street, Suite 8138, New York, NY 10001 - Tel (212) 912-0105 - Privacy policy - Powered by: Good Working
Back To Top